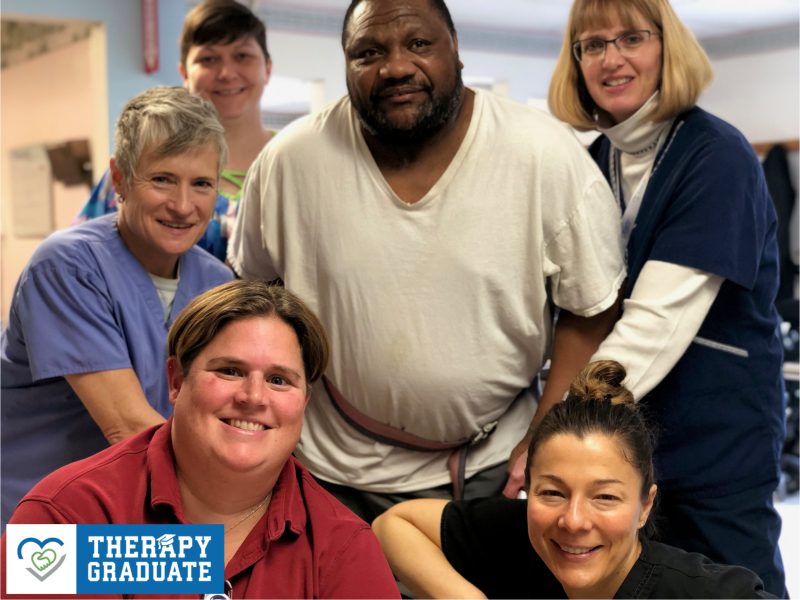 Sixteen months ago Louis Glosson’s life changed forever. He was a typical male living his life and doing his thing.  Lou stated “I was visiting a buddy of mine and got in my car to leave.”  Little did he know that the drive home would be so horrible.  A king cab double wheeled pick-up truck hit Lou’s car due to the driver falling asleep.  While Lou was driving his neon, he was pushed back and hit a tree which caused the pick-up truck to finally stop.  Lou broke multiple bones, had multiple surgeries and was in very rough shape to say the least.

Lou was brought to our facility in December of 2017 where he started therapy right away.  From December of 2017 to March of 2019 Lou has been in and out of therapy including speech, occupational and physical therapy.  I came to this facility in March of 2018 and Lou was on caseload then.  Initially he needed a hoyer lift to get out of bed and into a standard wheelchair.  I have also seen him not be able to raise either arm above his head and need total assistance for all his bathing and dressing.

Over the last year our therapists have seen the potential in Lou and have heard his Long term goal of one day leaving the facility and going home to Milwaukee Wisconsin.  As soon as this goal was brought up, the therapy department tweaked his goal to “we will watch you walk out of this facility with a walker.”   Last March it seemed like a long, possibly unachievable goal.  The PT department pushed Lou- they made him start to stand in the parallel bars and by taking baby steps with the team Lou progressed to ambulating with a rolling walker.

When Lou would participate in therapy and ambulate with his rolling walker through the hallways, staff including nursing, social work, managers and other residents would stand cheer and clap for Lou.  His efforts were noticed by all.  Lou continued with therapy and persevered to where he was able to complete exercises with his arms and gain strength in his upper body.  With all of these components coming together, Lou’s family started the ball rolling.

Lou had a prosthetic when he was in his accident that shattered during the impact.  We contacted Hanger and were able to get him casted and molded-he received a brand new prosthetic which increased his ambulation.  Knowing that his goal was to be Independent in the community OT spoke with a wheelchair vendor that was able to get Lou a power tilt in space wheelchair which makes community mobility easier.  Lou did training with our OT department and became completely independent with using the power chair.

Two months ago, I received a call from Lou’s sister stating “on February 28, we will be taking Lou home to Milwaukee.”  His family arranged for him to transport all his equipment from therapy, and has arranged and furnished an ADA apartment for Lou to reside.

Lou’s story is unique because of all the challenges and obstacles Lou had to overcome-not just physically but mentally and emotionally to get to a point where he is able to go home.  He has become part of the therapy department and part of our family here.   We are very proud of Lou and all he has done!  He walked out of the facility on February 28 with a rolling walker and the biggest smile I have ever seen on his face. 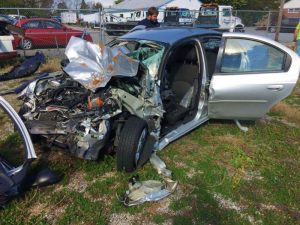 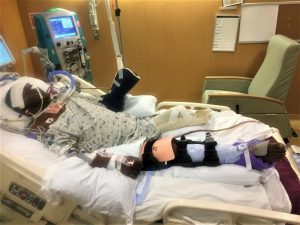 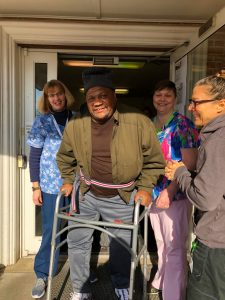